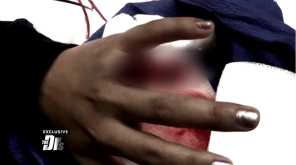 If you watch "Shark Tank", "The Tonight Show with Jimmy Fallon" or "The Doctors TV", you might not be new to the really serious injury that can be caused by rings getting caught onto something: ring avulsion.  The skin around the finger is ripped off, or in some cases, the entire finger can be ripped off.  Mark Cuban got really turned off to Brighton Jones' and Aaron Dalley's "Shark Tank" pitch for Enso Rings - the silicone ring - apparently because he didn't like that they gained customers by scaring them.  One can also look at it as "educating", as perhaps Robert Herjavec did when he made a deal and joined their Enso Rings team.

Surprising to many, ring avulsion does happen.  It happened to the Enso Rings co-founder, Jones:

“I had a rock climbing accident a few years ago and I fell,” Jones recalls. “On the way down, my wedding ring got caught on the rock. I nearly lost my finger. After that, I stopped wearing my ring.”
(via Forbes, "'Shark Tank': Robert Herjavec Bets On Making Silicone The New Platinum")

And it also happened to one woman when climbing over a chain linked fence at her son's little league practice. As described on The Doctors TV, Chelsey's wedding ring got caught onto the chain linked fence when jumping over it, and her finger tore right off.  Unfortunately, the doctors at the hospital told her that due to the severity of the injury it was not possible to reattach the finger. (click link for video).

Jimmy Fallon also described his ring avulsion injury on his late night show in the summer of 2015, with his hand still heavily bandaged up.  A kitchen injury that didn't involve a knife.  He tripped on a braided rug and fell.  His finger turned sideways, not from breaking from the fall - he didn't have a broken finger, but ring avulsion: his wedding ring got caught on the counter top as he was going down, got stuck there, and pulled his finger off.  Finger still attached though.  He had to go to another hospital after his initial ER visit for the special surgery to save his finger.  A 6-hour surgery that involved taking a vein from Fallon's foot and putting it in his injured finger. Very intricate surgery.  "...One mis-stitch, or something like that, the vein closes up and it's useless."  The surgery was successful, so now his finger is pink on the end again instead of the gauze-color white it was from the injury.  8 weeks to get back feeling according to Fallon's surgeon, in the ICU for 10 days.  It is really a serious injury.

Interestingly, Jimmy Fallon says in his monologue, "I'm going to invent a new ring", to which his announcer Steve Higgins adds "that just breaks instantly" (which is exactly the point of the Enso Rings).  Fallon asks if anyone is in the ring business, saying that he already has ideas and sketches drawn out (10 days in the ICU).  You can watch the YouTube video on this page, or directly here (so far it has 7,285,616 views since being posted July 14, 2015).

p.s.: Jimmy Fallon advises not to Google "ring avulsion" because you will get some graphic images. Yes, that's how you spell it. 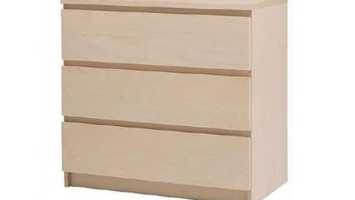 Important to anchor furniture to wall; IKEA recalled 29 million dressers
Tweet
In June 2016, IKEA announced a recall of 29 million dressers after seven children were killed from the furniture falling on them.  The recall involved about 8 million MALM chests and dressers and 21 million additional children's and adult chests and dressers sold by IKEA in the U.S.  They include the 3-drawer, 4-drawer, 5-drawer, and 6-drawer models.  It is very important to either...[ Read More... ] 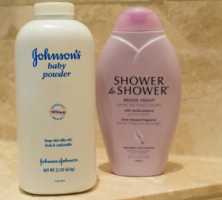 Court Orders Johnson & Johnson to Pay $72M in Talcum Powder Ovarian Cancer Case
Tweet
St. Louis, Missouri jury found Johnson & Johnson's talcum powder products linked to Jacqueline Fox's death from ovarian cancer at the age of 62 and awarded her family $10 million for actual damages and $62 million for punitivie damages.  It is the first verdict by a U.S. jury to award damages over the claims.  In October 2013, a federal jry in Sioux Falls also found that plaintiff's...[ Read More... ]