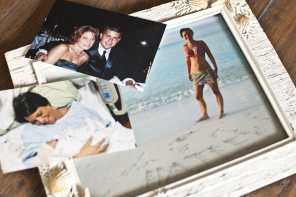 The U.S. has the worst rate of maternal deaths in the developed world, and 60 percent are preventable. The death of Lauren Bloomstein, a neonatal nurse, in the hospital where she worked illustrates a profound disparity: The health care system focuses on babies but often ignores their mothers.

The true story of Lauren, a neonatal intensive care nurse and her husband, orthopedic trauma surgeon, Larry, who tried to get the help he knew was needed for his wife suffering from HELLP syndrome (hemolysis, elevated liver enzymes, low platelet count), the most severe form of eclampsia:

California researchers who studied preeclampsia deaths over several years found one striking theme: “Despite triggers that clearly indicated a serious deterioration in the patient’s condition, health care providers failed to recognize and respond to these signs in a timely manner, leading to delays in diagnosis and treatment.” Preeclampsia symptoms — swelling and rapid weight gain, gastric discomfort and vomiting, headache and anxiety — are often mistaken for the normal irritations that crop up during pregnancy or after giving birth. “We don’t have a yes-no test for it,” said Eleni Tsigas, executive director of the Preeclampsia Foundation. “A lot of physicians don’t necessarily see a lot of it.” Outdated notions — for example, that delivering the baby cures the condition — unfamiliarity with best practices and lack of crisis preparation can further hinder the response.

The fact that Lauren gave birth over the weekend may also have worked against her. Hospitals may be staffed differently on weekends, adding to the challenges of managing a crisis. A new Baylor College of Medicine analysis of 45 million pregnancies in the U.S. from 2004 to 2014 found mothers who deliver on Saturday or Sunday have nearly 50 percent higher mortality rates as well as more blood transfusions and more perineal tearing. The “weekend effect” has also been associated with higher fatality rates from heart attacks, strokes and head trauma.

According to Lauren’s records, Vaclavik did order a preeclampsia lab test around 8:40 p.m., but a nurse noted a half-hour later: “No abnormal labs present.” (According to Larry, the results were borderline.) Larry began pushing to call in a specialist. Vaclavik attributed Lauren’s pain to esophagitis, or inflammation of the esophagus, which had afflicted her before, he said in his deposition. Around 10 p.m., according to Lauren’s medical records, he phoned the on-call gastroenterologist, who ordered an X-ray and additional tests, more Dilaudid and different antacids — Maalox and Protonix. Nothing helped.

Meanwhile, Larry decided to reach out to his own colleagues in the trauma unit at Cooper University Hospital in Camden. In his training, perhaps the most important lesson he’d learned was to ask for help: “If there’s a problem, I will immediately get another physician involved.” By chance, the doctor on call happened to be a fairly new mother. As Larry described Lauren’s symptoms, she interrupted him. “You can stop talking. I know what this is.” She said Lauren had HELLP syndrome, an acronym for the most severe variation of preeclampsia, characterized by hemolysis, or the breakdown of red blood cells; elevated liver enzymes; and low platelet count, a clotting deficiency that can lead to excessive bleeding and hemorrhagic stroke.

Larry’s colleague urged him to stop wasting time, he recalled. Lauren’s very high blood pressure, the vomiting, and the terrible pain radiating from her kidneys and liver were symptoms of rapid deterioration. “Your wife’s in a lot of danger,” the trauma doctor said. (She didn’t respond to ProPublica’s and NPR’s requests for comment.)

Read more on this story and others / preventable maternal deaths in the U.S.: "The Last Person You’d Expect to Die in Childbirth"

Freestyle Libre glucose monitor patch still involves piercing the skin & blood
Tweet
While the Freestyle Libre website accurately words what the new glucose monitor is, all websites reporting it have not completely.From Mashable: "Use sensors instead of needles to check your glucose level":Diabetics who have been pricking their fingers for years finally have another option. Freestyle Libre is a small patch that can be easily applied to the upper-arm. With a simple scan, the...[ Read More... ] 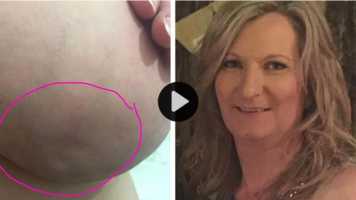 Skin Dimpling Sign Of Breast Cancer
Tweet
Kylie Armstrong of Melbourne Australia posted on Facebook a couple weeks ago a very personal photo of a lesser known sign of breast cancer to share a very important message and it went viral:   Kylie Armstrong about 2 weeks agoPlease take a good look at this photo.These 3 very, very subtle DIMPLES on the bottom of this breast are a sign of BREAST CANCER!This is what MY BREAST...[ Read More... ]