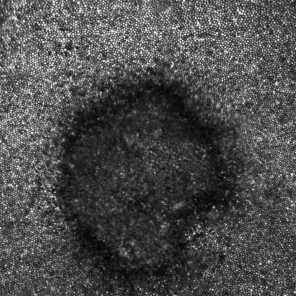 After looking at solar eclipse, woman has crescent-shaped blind spot on her eye
Tweet
Posted 4 years ago
Posted By
wildcherry

The issue was borrowing a pair of eclipse glasses that turned out to be fake, not providing the proper protection for her eyes.  As 26-year-old Nia Payne told TODAY, "The glasses seemed normal and I looked at the sky. I looked like everyone else”.  30 seconds of looking at the solar eclipse and about 6 hours later she noticed a black spot had formed in the middle of her left eye.

"I knew immediately that something was completely wrong," Payne said.

When she woke in the morning, she still couldn’t see anything in the center of her left eye. "It looks like an invisible spot,” she said.

The doctors at the New York Eye and Ear Infirmary of Mount Sinai diagnosed her with solar retinopathy - damage caused to the retina by solar radiation.

"The suns rays … damage the layers that actually uptake the light to the brain," said Dr. Avnish Deobhakta, a retina surgeon at the New York Eye and Ear Infirmary of Mount Sinai, and author of a recent case study about Payne in JAMA Ophthalmology. "It's almost like (the blind spot) is branded in that retinal area."...

Payne's cells appeared to be damaged in the shape of the eclipse she witnessed. "We were able to see the crescent in New York City and that crescent was the exact pattern of damage," Deobhakta said.

For now, there aren't any treatments for the condition.

For Payne, it's been an emotional few months. "My eyes will never be the same," she said. "I used to have 20/20 vision. I guess I took that for granted."

But, she takes heart in knowing her case is helping experts better understand solar retinopathy.

And, despite losing some of her vision in one eye, Payne says she still looks forward to seeing future eclipses — using safety-tested eclipse glasses she obtains herself.

“I still want to see a full eclipse,” she said. “It was an amazing experience looking at it, even if it cost me my sight.”
(via TODAY, "After looking at solar eclipse, woman has crescent-shaped blind spot on her eye") 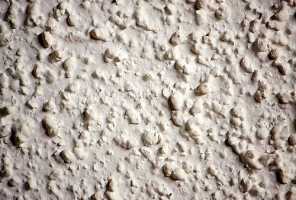 Textured popcorn ceilings may contain asbestos, lung cancer and mesothelioma risk
Tweet
If you have a textured ceiling in your home that kind of looks like popcorn, also known as cottage cheese ceiling, stucco ceiling or acoustic ceiling, and it's been there for about 20 or more years, you of course don't want to eat it, but you also do not want to sand away at it, puch a hole in it to hang something, or bounce a ball against it.  The reason: it may contain the carcinogen...[ Read More... ] 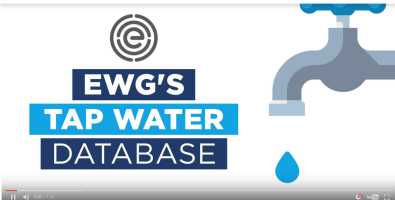 Tap Water Database: Check out what's in your tap water by zip code
Tweet
Enter in your zip code and you can check EWG's Tap Water Database for contaminants detected above health guidelines and other detected contaminants.  Good reasons to opt for water filters.Since 2010, water utilities' testing has found pollutants in Americans' tap water, according to an EWG drinking water quality analysis of 30 million state water records.https://www.ewg.org/tapwaterWhat...[ Read More... ]